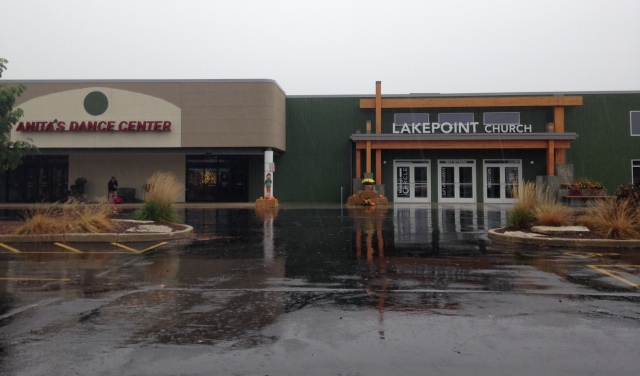 The spirit of the Lord inhabits a strip mall in Mukwonego, Wisconsin.

Tucked between Anita’s Dance Center and Sandoval Dental Care, the holy place is two shops down from GLO 10 Salon, Spa, and Tanning.

October 8 marks the eighth anniversary of the ancient temple’s discovery. 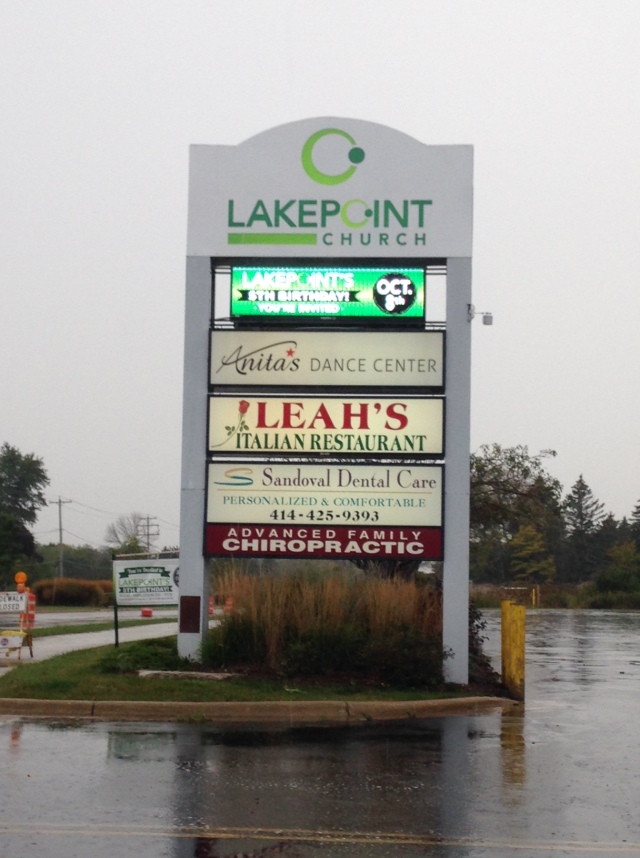 Experts were excavating the parking lot in 2009 when chief archeologist Norm Johnson’s brush grazed the edge of a steel column dating to 1627 BC.

Immediately sensing the significance of his discovery, Johnson called forth his team and in 40 minutes they had brushed away over 3,000 years’ worth of debris to reveal the sacred centerpiece of this hallowed strip mall: Lakepoint Church, with its facade of wood beam accents and its impressive interior of drywall and acrylic carpeting.

No one knows how the Master Masons of America managed to build this great church of strip mall wonder, now lauded as the Eighth Wonder of the Ancient World.

It’s suspected that this temple was a shrine to the gods in pre-Christian times and was then consecrated in the name of the Lord under the orders of Emperor Constantine in 324 AD. Yet the key to unlocking the secrets of one of history’s greatest mysteries continues to elude Egyptologists and cryptologists alike.

However, those who have traveled to take in the awe-inspiring house of worship with their own eyes attest that the astounding feat in engineering is as masterful as the breathtaking sites in locales such as Egypt, Cyprus, Ethiopia, Cologne, Gobekli Tepi, and Delphi:

Excavation continues, as the enigma of the church’s digital sign dating to over 1,500 years before Christ is still shrouded in mystery. The three sets of automatic doors are a pickle as well.